The protests calling for the end of the Special Anti Robbery Squad (SARS), a unit of the Nigeria Police Force (NPF), has gained the attention of international media, a global audience as well as international celebrities such as Big Sean,... 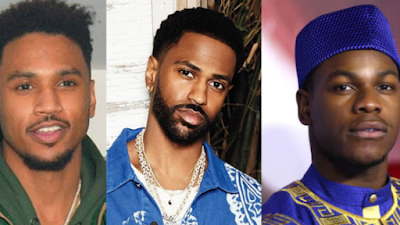 The protests calling for the end of the Special Anti Robbery Squad (SARS), a unit of the Nigeria Police Force (NPF), has gained the attention of international media, a global audience as well as international celebrities such as Big Sean, Trey Songz, and John Boyega.

American singer-songwriter Trey Songz yesterday tweeted that after doing some research he would like to “speak out against what’s going on in Nigeria right now. Their pleas to #EndSarsNow IS VERY REAL. I have so much love for my Nigerian fans and it’s so hurtful to hear whats happening.”

Songz added: “Police brutality here in America often is an abuse of power driven by race. To be brutalized, extorted and murdered by your own people is unimaginable. Prayers up and I’m researching ways I can help. #EndSARS.” He also quoted a tweet by Davido on the matter and said: “I stand with you”

Fellow American rapper Chance The Rapper while using the hashtags #EndSARS and #ENDSARSNOW, enquired for more information on the #EndSARS campaign: “I just started reading up on this travesty taking place in Nigeria. If you have more info to dispense in the replies I’m all earshttps://en.m.wikipedia.org/wiki/End_SARS”

Grammy-winning rapper Cardi B had earlier enquired for more information on the protest: “What’s going ? Can you give me a summary so I can research later.” The rapper added, alongside a Nigerian flag emoji: “you know I love Nigeria”

British-Nigerian actor John Boyega launched a series of tweets calling for change and attention to the “pressing problem”. He also retweeted multiple tweets in support of the protests.

“Three years ago Nigeria’s police chief re-organised SARS after public condemnation about the violence that came with their operations. That change has done nothing for Nigerians and today many are still in danger. #EndSarsProtests,” Boyega tweeted.

He added: “We can’t simply enjoy Banana island every December without noticing the concrete wall placed between Nigerians and their potential. The limitations become unbearable for them and this needs serious attention. #EndSARSProtest

“The youth in Nigeria deserve good leadership and guidance. This situation is tied to many other issues. Please lend your attention to this pressing problem! #EndSARSImmediately #EndSarsProtests #EndSARS #EndSARSProtest”

Grammy-winning British singer and actress Estelle Fanta Swaray tweeted “Come on! #Nigeria #EndSARS” along with a number of emojis expressing disappointment and anger. The “American Boy” singer in response to a Twitter user who said “ESTELLE for the culture!!!!!!!” responded with: “This if For my continent. For my relatives!!!! For humanity. Cannot continue this everyday everywhere!!!! #EndSarsNow”

South African rapper Nasty C expressed his disappointment on Twitter: “World is f**ked up & the people that are supposed to serve & protect are often the biggest problem smh. #EndSARS”